This site was set up for me to reminisce about all the great times, players and managers I have had the pleasure to spend time with over the years!

I will also share with you my time growing up in Musselburgh with my two older brothers Eddie and John, and not to forget my little sister Jeanette. Along the way you will also hear about some of the great family members and friend’s who helped and influenced me and my brothers and sister.

Scoring a few goals in my early career with Raith Rovers, my time at Rovers was shortened by two years of National Service, during which time I played for the British Army. I also played for St. Mirren, then managed by Jackie Cox. Later I joined Hearts for £8,000 in November 1963 and was soon dubbed “Goal-a-game White” by the local media.

My attacking partnership with Willie Wallace was particularly effective and earned the sobriquet the “W-formation”, my abrasive, bustling style complimenting Wallace. Together, we scored 48 goals during the 1963-64 season; however, my progress was interrupted when I suffered severe injuries in a car crash in Wallyford. 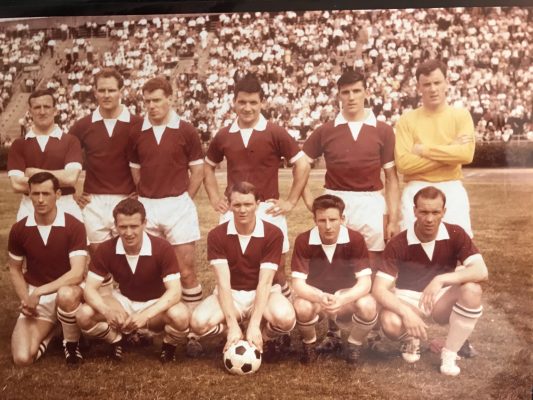 American Tour with Heart Of Midlothian 1964

I was fortunate to play for Hearts in the very first Pro soccer tournament in the USA, the list of Professional Football Clubs were Bahia [...]

I have never told this story before but because of a posting on “Facebook” by my nephew “Eddie” it made me realise that it might [...] 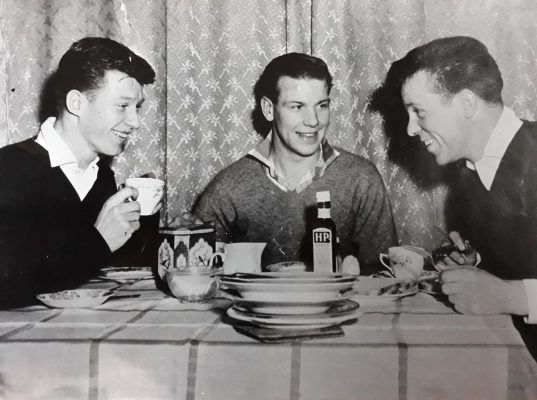 The Three Stooges and HP Sauce, Edwin, John and Tommy

More Memories
You cannot copy content of this page...